A flytipper, who left bags full of rubbish in a back street, spent a weekend in the cells after dumping a three-seater sofa in the same spot. 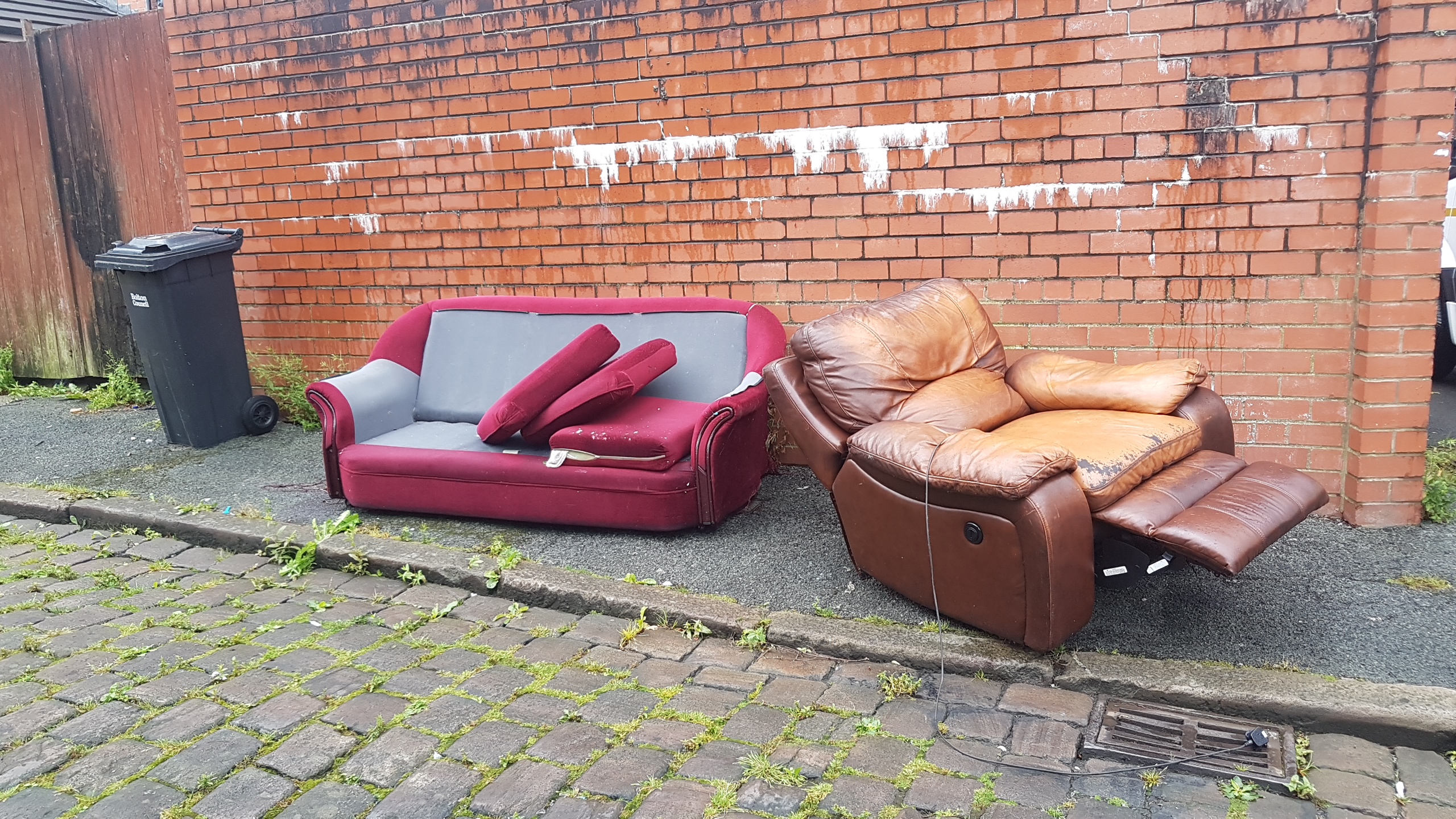 Bolton Council enforcement officers issued Robert Lakatos with a Fixed Penalty Notice (FPN) in March, after he left carrier bags of household waste in the street behind his flat.

Lakatos, 25, of Deane Road, failed to pay the FPN and was ordered to appear at Bolton Magistrates’ Court in August.

But on July 29, prior to his scheduled court date, the defendant was seen by multiple witnesses depositing a burgundy-red sofa in the same backstreet near his property.

After staff from Bolton at Home challenged his behaviour, Lakatos returned to his flat only to re-emerge with the seat cushions and add them to the existing flytip.

He told the staff members who questioned him that any items left in the street would simply be taken away by the council.

Later the same day, witnesses reported that a brown leather reclining armchair had also been left in the same alleyway.

Lakatos failed to attend court over the original offence and was fined £220 in his absence and ordered to pay a £30 victim surcharge and £50 in costs.

Magistrates also issued an arrest warrant for the defendant over the second flytipping offence.

He was arrested on Saturday (August 31) and spent two nights in the cells before appearing before magistrates on Monday morning.

“Flytipping is not a victimless crime, the cost of removing dumped items from our streets diverts funds away from other valuable public services.

“Bolton Council taxpayers should not be covering the bill for those who are too lazy or irresponsible to dispose of their waste properly.

“This case shows that the council will use all available options, including requesting arrest warrants, to hold those responsible to account and recover costs.”

There are currently eight outstanding arrest warrants for flytipping in Bolton.

Anyone who has failed to attend a scheduled court appearance is urged to report to their nearest police station or risk spending a night in custody.