New powers to curb antisocial behaviour in Bolton town centre are a step closer after plans received the backing of businesses, volunteer groups and members of the public. 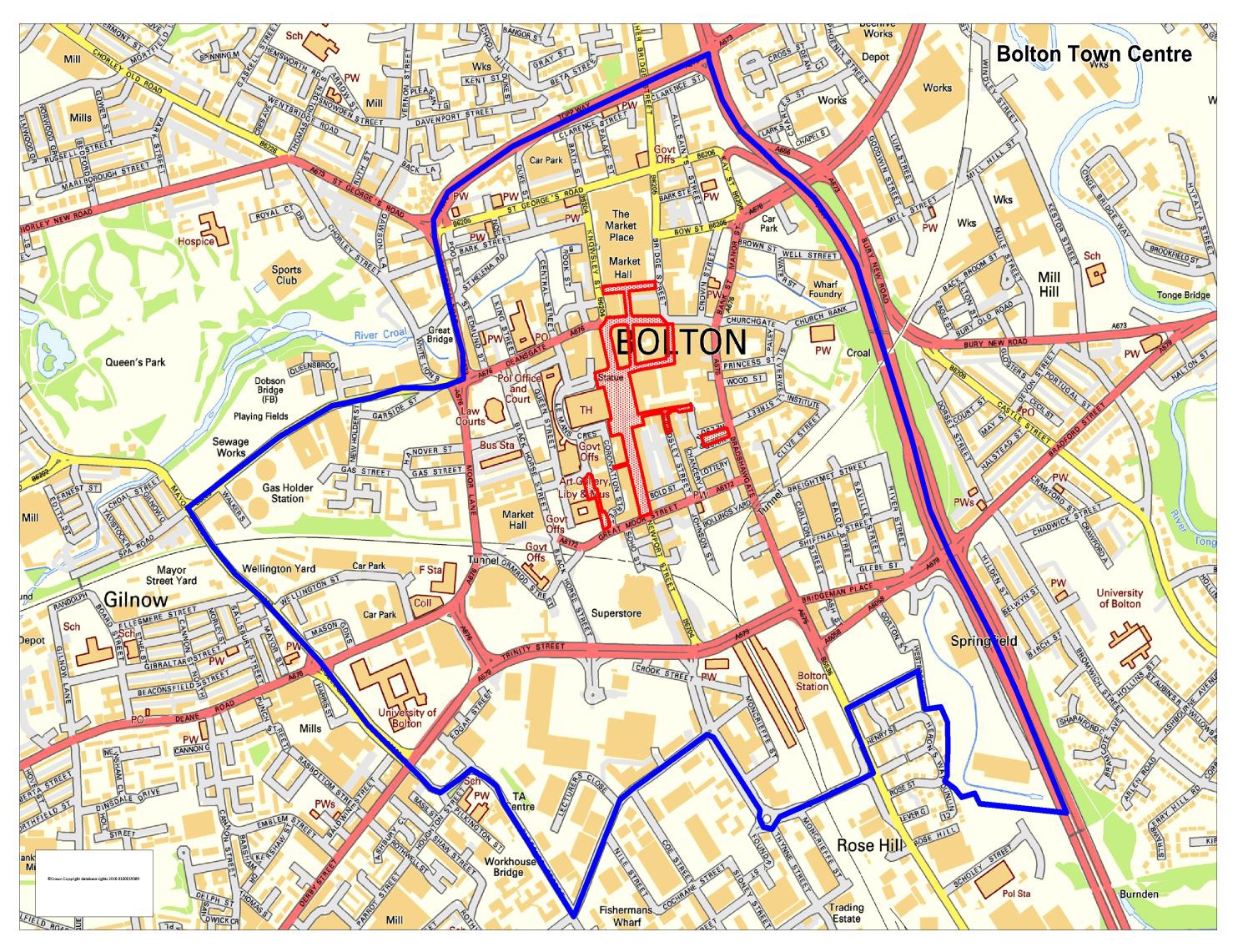 More than 260 organisations and individuals had their say on proposals to create a Public Spaces Protection Order (PSPO) in Bolton.

The order will grant council officers and Greater Manchester Police additional powers to clamp down on certain behaviours, making the town centre a safer and more enjoyable place for everyone.

Of the responses collected during a six-week consultation period, the vast majority agreed that more needs to be done to tackle issues including aggressive begging and open drug use.

After taking feedback into account, the proposals were approved by the council’s Executive Cabinet Member for Environmental Services, Cllr Nick Peel.

The order will officially come into force later this year.

Cllr Peel said: “The feedback on the proposed PSPO shows the public are behind plans to improve our town centre and make it a more welcoming place to work, visit and shop.

“Openly drinking and taking drugs is not acceptable and we will work closely with the police to tackle this issue.

“We will also work with the assertive outreach team from our drug and alcohol service Achieve to identify those in need of support to overcome addiction and substance abuse issues.

“We know from speaking to businesses and the public that aggressive begging has become a problem in Bolton.

“While many people may associate street begging with homelessness, the reality is that in Bolton town centre the majority of those who engage in begging activity have access to accommodation.

“Those looking to exploit the generosity of the people of Bolton will not be tolerated.

“Together with our partners in Bolton’s excellent homelessness charities we will ensure appropriate support is given to the genuinely vulnerable.”

Dave Bagley, Chief Executive of Urban Outreach, added: “We work very closely with the council and our partners to help people who are vulnerable and in need.

“Some individuals have very complex needs and we are absolutely committed to helping and supporting them.

“Unfortunately, you do find that aggressive beggars are not usually those who are willing to engage with support services and usually they are not those who are most in need.

“The begging can mask another need but we know from our extensive outreach work that the issue is not usually a lack of a roof.

“We will continue to support those people who are genuinely vulnerable and in need on our streets – working together we can provide the right support.”

The PSPO will also create extra powers to clamp down on graffiti, soliciting for money and cycling in pedestrianised areas.

Cllr Peel added: “These proposals will introduce reasonable and proportionate new powers to ensure that the law-abiding majority can enjoy our town centre without fear or intimidation.

“Our first priority will always be to engage with individuals, make them aware of their behaviour and educate them about the regulations.

“Any new enforcement powers would only be used as a last resort against those who persistently flout the rules.”

Chief Inspector Mike Russell from GMP’s Bolton district said: “Antisocial behaviour around begging and drug use in Bolton town centre is a big concern for both members of the public and the police.

“We are working alongside the council and our partners to help those in need to get the support they need and reduce antisocial behaviour.

“The introduction of the PSPO seeks to engage, support and educate individuals to address their behaviour.

“However, there will be occasions when partner and police enforcement is deemed necessary to make the town centre a safer place for everyone.”

The order will cover the town centre and surrounding areas including the Market Place Shopping Centre, the retail park on Trinity Street, and up to Deane Road.

Once the order is in force, enforcement will be carried out by trained council officers and Greater Manchester Police.

A PSPO lasts for three years and failure to comply with an order can result in a fixed penalty notice of up to £100 or prosecution.