Bolton Council’s former Head of Libraries and Museums has been recognised in The Queen’s Birthday Honours List for her tireless work as a champion of libraries for more than 40 years. 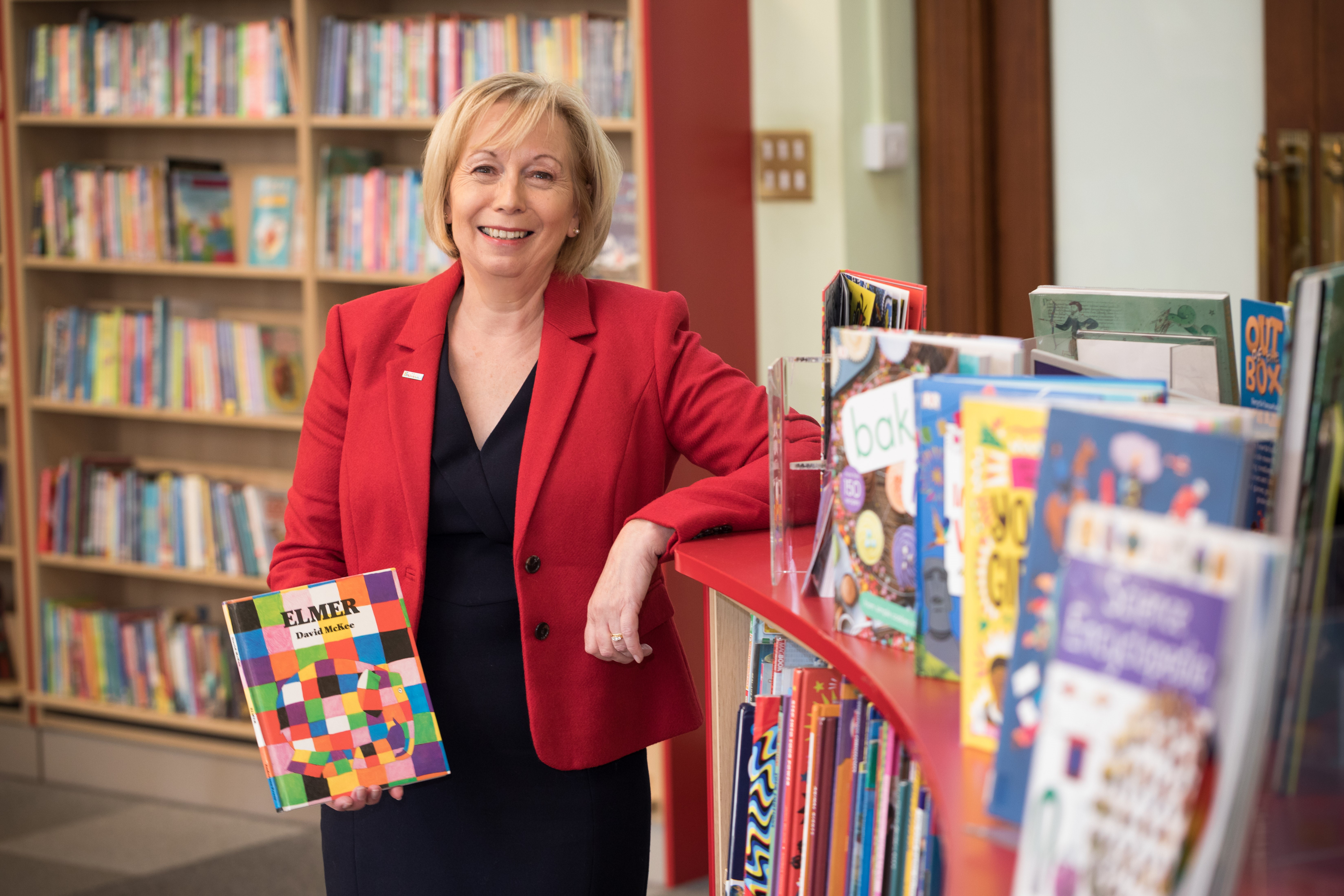 Julie Oldham, who retired in April, has been awarded an OBE for ‘services to public libraries’, adding to the MBE she received in 2002 for her services to librarianship.

Julie said: “I am honoured and humbled to have been nominated by colleagues to receive this award for services to public libraries.”

Born and educated in Bolton, Julie began her career in public libraries in 1979, working in Nottinghamshire and Wigan, before coming back to Bolton and starting work in the council’s library service in 1988.

Her 32 years of service in Bolton include working as a children’s librarian, a customer service manager, and in 2005 she was appointed Head of the Library Service. In 2009 the role expanded to include Museums and Archives.

Her first job in Bolton was as a children’s and schools’ librarian covering Farnworth, Kearsley, Little Lever and Bromley Cross districts – and she is still occasionally recognised as ‘the library lady’ by teachers and pupils.

Julie added: “I firmly believe that Library and Museum Services like Bolton’s are still as relevant today as they ever were.

“They have the power to change the lives of individuals, to help them learn, to give them ambition and a sense of community.

“During my career I have been privileged to work with some fantastic people who have inspired me and worked with me to deliver our services, often through challenging times.

“I would like thank them all and acknowledge their role in this commendation. This award is also about recognising the importance of the cultural work that the service and the local authority do for the benefit of the people of Bolton.”

Throughout a long and dedicated career, Julie has worked on and led a number of developments, including new Breightmet and High Street Libraries and more recently, the redevelopment of the museum and Ancient Egypt gallery.

A champion of digital developments within the service, Julie was also Chair of the North West Libraries Connected group promoting the role of libraries across the region and representing them in national forums.

Leader of Bolton Council and Greater Manchester Combined Authority lead for Culture, Cllr David Greenhalgh, said: “This is a well-deserved honour. Libraries are vital for the health of our society and Julie is a true advocate.

“She has undoubtedly changed people’s lives, inspiring many throughout her career to actively use libraries.

“She has also been a brilliant champion for the role of libraries and culture across the region and has taken this dedication and work onto a national stage.

“Julie has left a legacy of which she can be really proud.”