Bolton will be delighted to host France during the Rugby League World Cup 2021.

The French national team, one of the oldest teams in the game, will be using the borough’s facilities as a training base during next year’s competition. 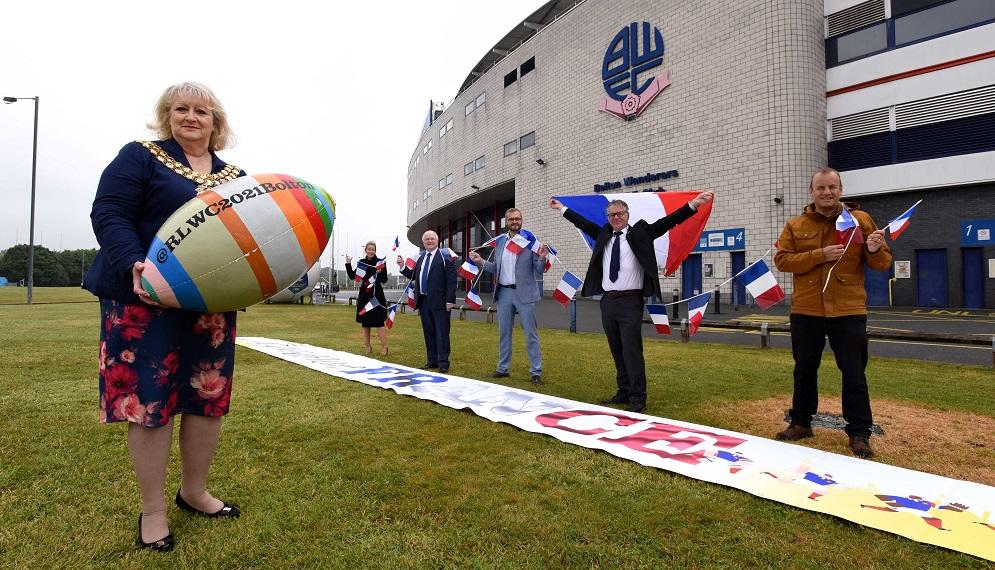 The announcement was made today by the World Cup organisers, with 500 days to go to the competition.

The borough will also host two games at the University of Bolton Stadium:

The tournament will generate £4.5million for Bolton’s economy and give residents a chance to take the game to their hearts and profile the town on the international stage.

The bid to host a team and the games involved Bolton Council, Bolton Wanderers, the University of Bolton, Bolton Mets RLFC, Westhoughton Lions RLFC, and Salford Reds RLFC working together.

Cllr Greenhalgh, the Leader of Bolton Council said: “We all need something to cheer us up at the moment and look forward to and the fact that our borough will be at the heart of such a global festival of sport next year is just that.

“The news that we will play host to the French Rugby League squad gives us a fantastic opportunity to celebrate the history and rivalry of our two great nations in a festival that not only champions sport, but will celebrate the arts, food and heritage.

“As our special guests we’ll look after them, and the fans they bring, cheering them all the way to a final spot against England, we hope.

“This great town of ours has a superb sporting knowledge, and I know we’ll all be out there cheering the teams on, especially England, who will play a group game at the University of Bolton Stadium in Horwich, which will also be the venue for the Men’s Quarter Final match.

“Lastly a huge thank you to the RLWC2021 organisers for putting your faith in Bolton and all the local businesses, partner organisations and volunteers that are pulling together to make this the biggest and best Rugby League World Cup ever.

“We wish France and all the other teams bonne chance.”

Chairman of Bolton Wanderers Football Club, Sharon Brittan, added: “The people of Bolton will welcome with open arms the French Rugby League squad and all their supporters when they come to town. They will find a sports-mad, friendly and diverse community who I am sure will leave a positive and long-lasting impression on them.

“We wish them and the other teams taking part in the tournament all the very best as the University of Bolton Stadium looks forward to hosting an England group game and a Men’s Quarter Final match.”

The tournament will be the 16th World Cup with the first competition being played in 1954. Bolton previously hosted the semi final in the 2000 World Cup when New Zealand beat England.

England will compete in Group A against Samoa, France and Greece.

Rugby League has been played in France since the 1930s and the country quickly developed into a powerhouse of the game.

Although it has never won the tournament it hosted the first Rugby League World Cup in 1954 and narrowly lost the final to Great Britain. It also appeared in the 1968 final losing to Australia.

It also holds the honour of having defeated Australia in the 1978 test series, a more recent feat than either England or Great Britain have achieved.

The tournament schedule will be announced in July with ticket pricing, pre-sale activity in August and September and tickets on sale to the public in October. Tickets will be available from the World Cup website www.rlwc2021.com/

-        Referred to commonly as Les Chanticleers

-        Paul Barrière, whom the Rugby League World Cup trophy is named after, is a Frenchman