Bolton Council has pledged its continued support to the Armed Forces community. 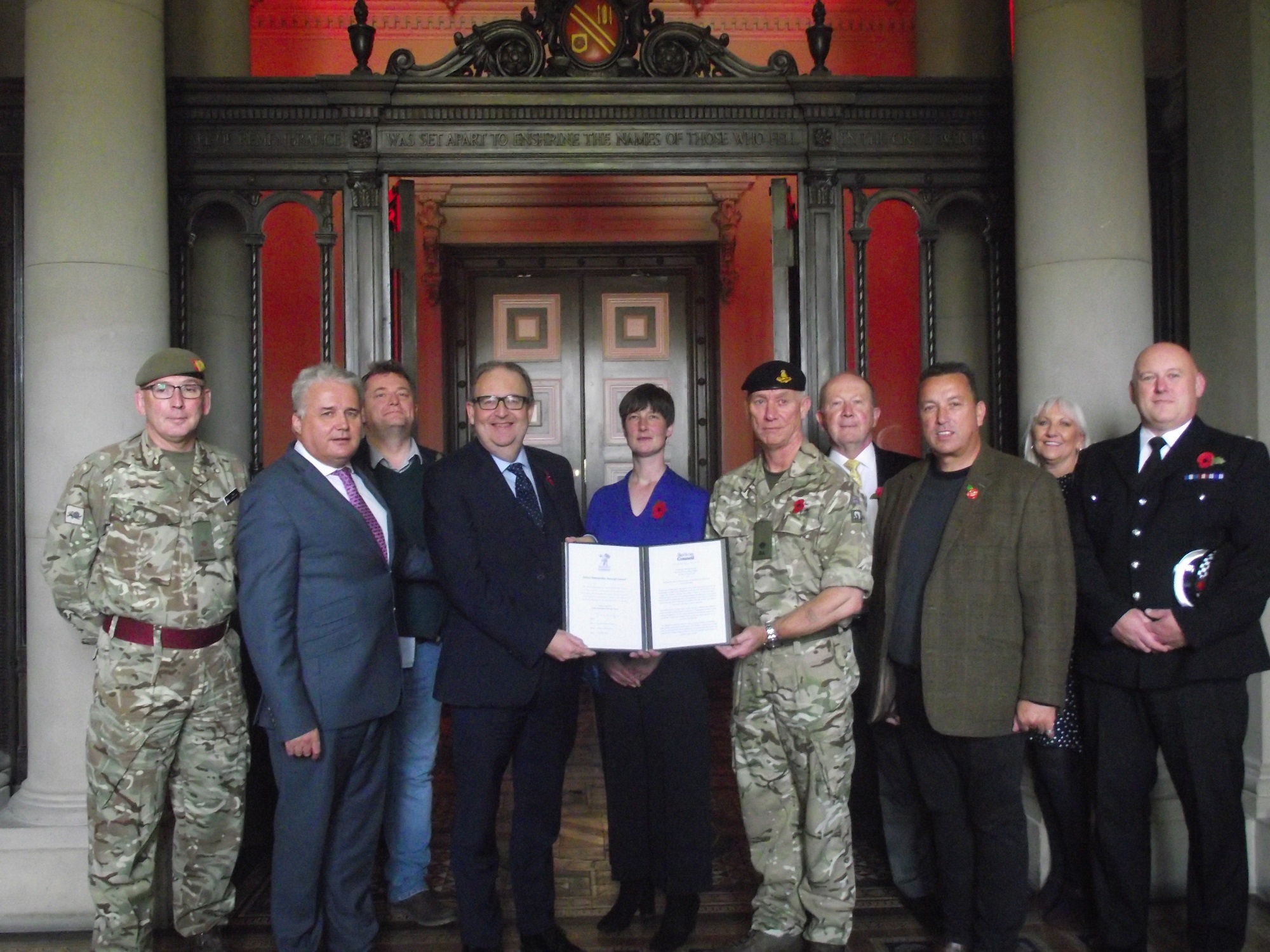 The local authority signed up to the armed forces covenant in 2014, along with other Greater Manchester councils.

The council has now signed the covenant again to reconfirm its commitment to the Armed Forces Community and made Bolton specific pledges.

A Bolton Armed Forces Covenant Partnership is now in place made up of organisations including Bolton Council, the Royal British Legion, Ministry of Defence, The University of Bolton, Bolton NHS Foundation Trust, Greater Manchester Police, and Bolton at Home.

The covenant aims to put armed forces personnel and veterans at the heart of public services. It reads: “We recognise the value serving personnel, both regular and reservists, veterans and military families contribute to our business and our country.”

The Bolton specific pledges include: developing our Local Armed Forces Partnership, offering support to our local cadet units, and working with a wide range of partners across Bolton to help Armed Forces personnel transition to civilian life and find employment.

Leader of Bolton Council, Cllr David Greenhalgh, said: “It is important we reflect on the sacrifice of our service men and women for this nation and support our veterans.

“The covenant is built around partnership and collaboration with veterans’ organisations, wider public service providers, businesses and the armed services.

“Our support for veterans is a priority for us and we will continue working with our partners across the borough to make sure that ex-services personnel get the help they need.”

Cllr Andy Morgan, Armed Forces Champion for the authority and ex-serviceman, added: “We are proud to have signed the covenant for a second time.

“This council is proud to support veterans’ organisations in the borough, and we are committed to helping serving and ex-serving personnel and their families access the correct support and putting them in touch with different services, charities and groups.

“We will actively promote the Covenant and the pledges to ensure that members of the Armed Forces Community know that they can access help.”

Major Anthony Turner of Army Headquarters North West said: “The Armed Forces Covenant is a valued pledge to ensure service personnel and their families are treated fairly by our public services.

“This renewed commitment by Bolton Council is incredibly welcome and the work the local authority is doing for the armed forces community across the borough cannot be underestimated.

“The Bolton pledges in the covenant reinforces their commitment and the authority’s partnership approach is a model we would we like to see others adopt.”

Bolton Council has also been acknowledged with a bronze level ‘Employer Recognition’ award by the Ministry of Defence for its commitment to supporting the armed forces community.

The authority is aiming to move to Silver and Gold level recognition when applications open next year.