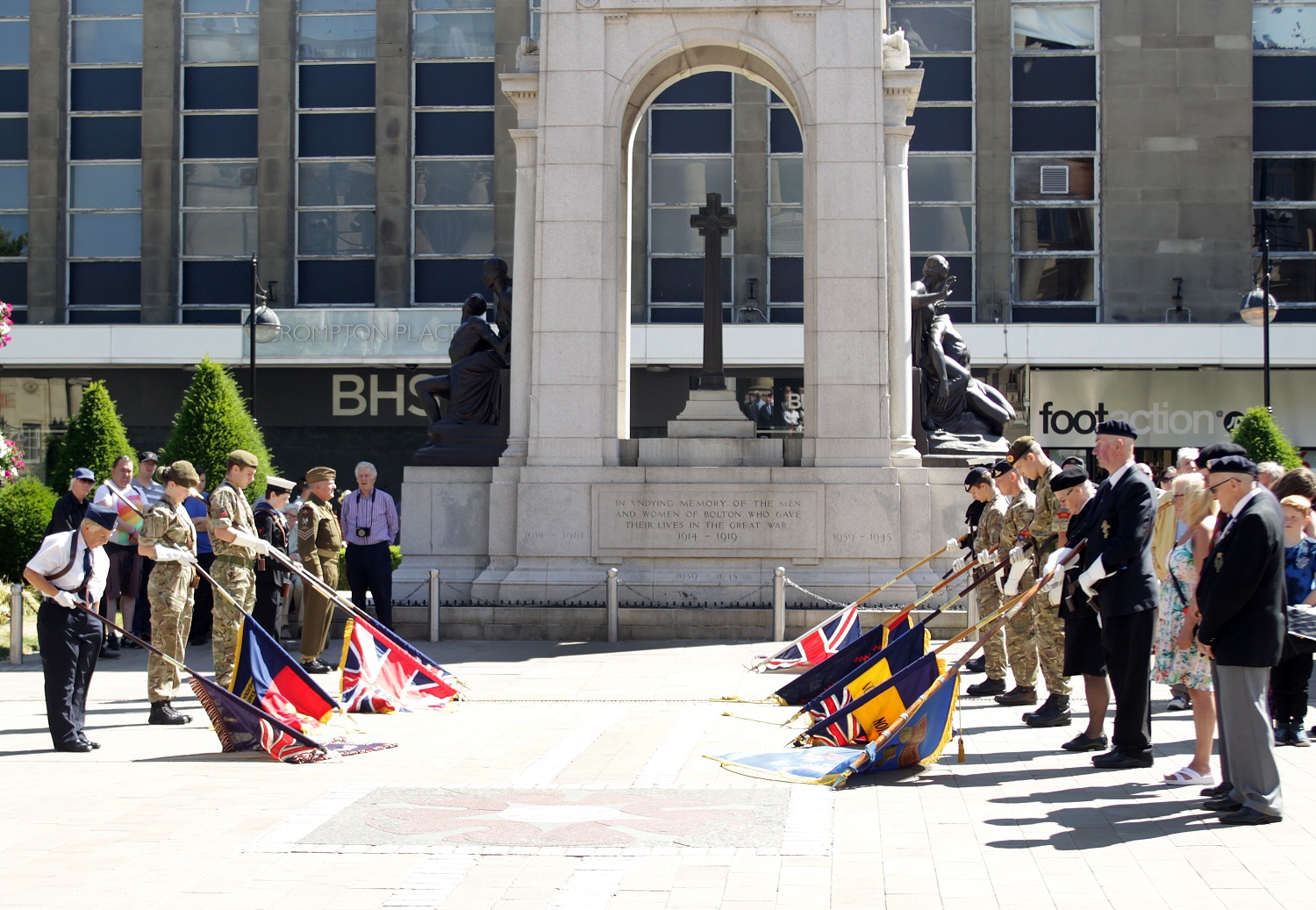 Veterans and serving armed forces personnel will be welcomed by the Mayor of Bolton, Cllr Hilary Fairclough, to a special lunch.

It’s one of a number of activities taking place during Armed Forces Week.

Monday 24 June sees the Raising of the Armed Forces Day Flag to start the week.

There will be a short service on Victoria Square at 11am, at the War Memorial, to which Veterans, serving personnel and standard bearers are invited.

It will be followed by lunch in the Town Hall to which all Veterans and serving personal are invited. If you are a Veteran or know of Veterans or serving personal who would like to attend then please contact the Mayor’s Office, on 01204 331090 or email mayorsoffice@bolton.gov.uk by Friday 14th June to book your place.

Armed Forces Day will take place on Saturday 29 June on Victoria Square from 10am until 3.30pm.

There will be a formal service and wreath laying at 11am in commemoration of VE Day, VJ Day and other conflicts followed by displays, music, competitions, activities and interesting things to see for all the family.

“Armed Forces Week is a timely reminder of the sacrifice of our Veterans and current serving personnel for our country,” said Cllr Fairclough.

“This month sees the 75th Anniversary of the D-Day landings and the beginning of the Normandy Campaign. We will be commemorating their service during the war and other conflicts around the world and it will be my honour to host them during the lunch.”