The Bolton community came together for a historic celebration, as King Charles III and The Queen Consort arrived to mark a major milestone. 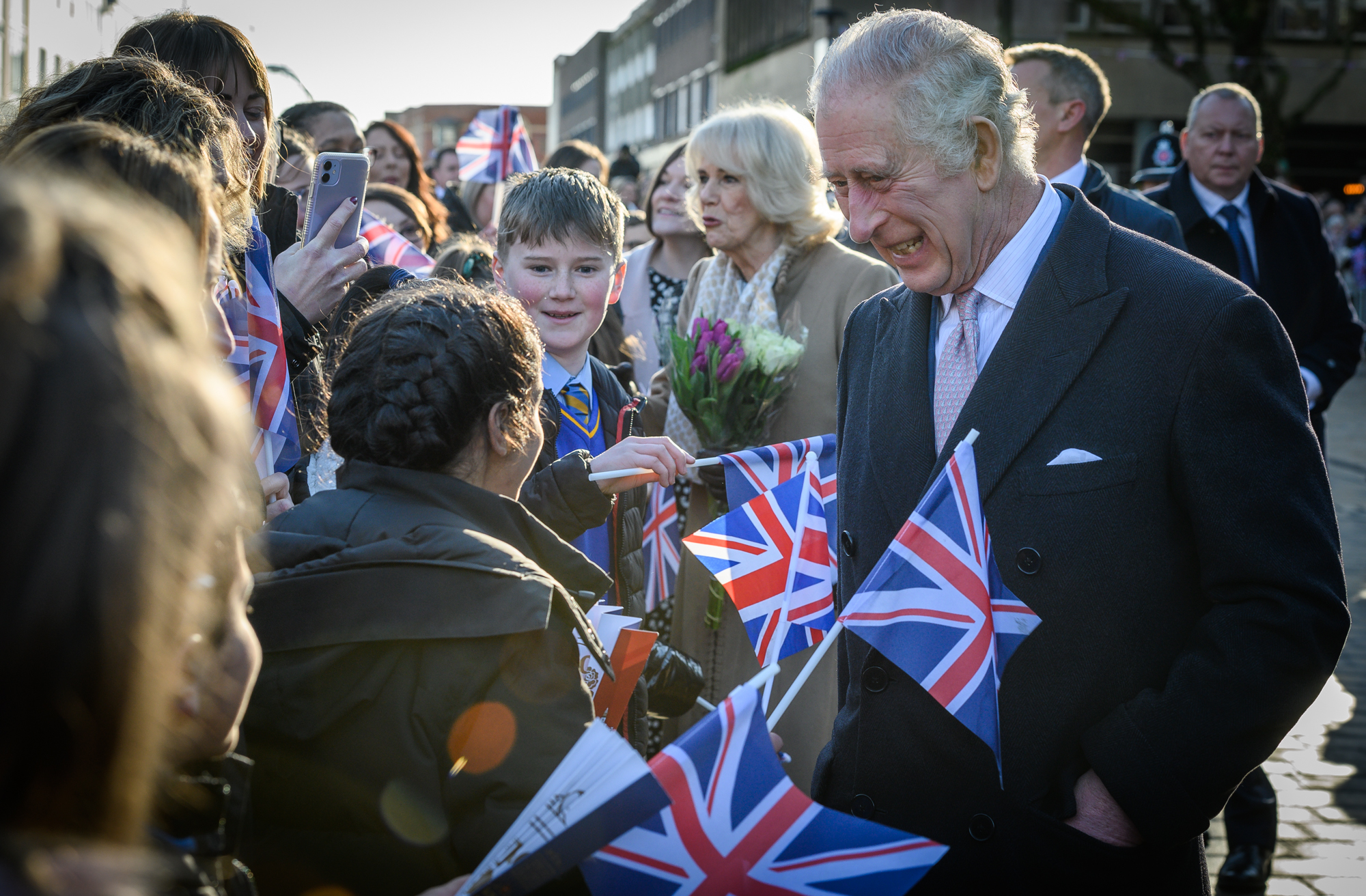 Like then, Bolton residents packed into Victoria Square to welcome the visitors, waving flags, and talking to the Royals during a walkaround with the crowd.

Bolton’s children and young people were well represented on the day.

The town hall steps were lined with 150 children from uniformed organisations including local schools, Scouts, Cadets, and Guides.

Once inside the town hall, Their Majesties viewed an exhibition of artifacts from across century and a half of civic activity in the Grade II building.

The King and The Queen Consort heard how the Bolton Family champions diversity, helps young people achieve their full potential and how the community has pulled together to help with the rising cost of living.

“As Mayor of Bolton, it was my privilege to lead the proclamation of King Charles III from the steps of town hall last September, following the sad passing of Queen Elizabeth II.

“On that day, I spoke to Bolton residents in the crowd, and they told me about their excitement for the new King and their optimism for the year ahead.

“Little did any of us know that just a few months later we would be welcoming King Charles III himself to the town hall to celebrate the 150th anniversary of this historic building.

“Today was all about celebrating the friendly, diverse and vibrant town of Bolton, and inviting The King and The Queen Consort to meet local charities, sports team and volunteers who help make it such a great place to live.”

It was yet another of those historic occasions, and I’m sure the people of Bolton will look back on it in another 150 years.

“Bolton Town Hall is a spectacular piece of architecture, and local people are as proud of it today as they were in 1873.

“The building represents 150 years of civic activity, which has seen Royal visits, sporting triumphs and celebrations to mark major landmarks in British history.

“We are all grateful to King Charles III and The Queen Consort for visiting Bolton today.

“It was yet another of those historic occasions, and I’m sure the people of Bolton will look back on it in another 150 years.”

Bolton Youth MP Harry Brannagan presented King Charles III with a ceremonial grand-master key to the town hall, a replica of the one given to King Edward VII.

Harry said: “The Youth Voice in Bolton is really important, and it is good that so many children and young people were involved today.

“The King spoke to me about school and I presented him with the ceremonial key.

“I think today has shown Bolton really cares about young people and clearly The King and Queen do as well.”

The crowds outside enjoyed a dance performance by Polish Folk Ensemble “Polonez Manchester” as the Royal visitors arrived.

The 1953 work is in Bolton thanks to a loan from The Lowry Arts Centre in Salford.

The Lowry bid last year at the Modern British & Irish Art Sale at Christie’s in London, to buy LS Lowry’s Going to the Match for The Lowry Collection, thanks to the generous support of The Law Family Charitable Foundation.

The King and Queen were played into the Festival Hall by the Bolton Music Service’s string quartet as they were welcomed by groups including Bolton Ukrainian Social Club and members of the Polish community, The Bolton Unity Project, Bolton Asian Elders Resource Centre and Newstalk.

Among the other groups welcoming the Royal visitors were charities Fortalice, the Destitution Project, the Bereavement Café, Henshaw’s, Urban Outreach, and the Bolton at Home “Percent for Art” Team.

Bolton Wanderers in the Community, AFC Masters, and The Octagon Theatre represented the town’s sporting and cultural legacy.

Other groups, services, and initiatives presented to the Royals included “Be Kind To My Mind” campaign workers, the council’s Holiday Activities and Food Programme and young carers.

The visit concluded with a performance of “God Save The King” by the Hand Made Sign Language Choir based at Bolton Deaf Society.

As The King and The Queen Consort walked down the town hall steps, they were played out by a performance from community music group RockIt.