A community group has restored a valuable piece of local transport heritage with the help of Bolton Council. 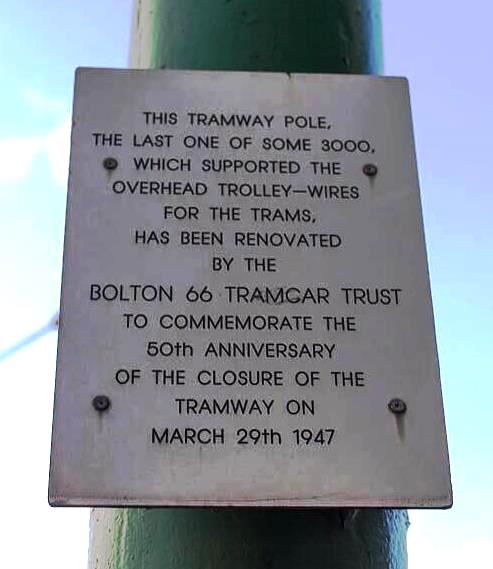 The last remaining tram pole in Bolton, situated on Halliwell Road near the junction with Blackburn Road, has been given a fresh coat of paint by the council’s highways team.

The work was funded by the Bolton 66 Tramcar Trust, a charity which works to preserve and promote the history of the town’s tramway system.

The first Bolton Corporation electrical trams ran in 1900 and at its peak in 1928, the system carried almost 60 million passengers on a fleet of 150 trams.

The last remaining pole was first renovated by the trust to commemorate the 75th anniversary of the closure of the tramway on March 29, 1947.

Since then, the trust has regularly commissioned Bolton Council to maintain this unique piece of local history.

“Bolton’s tramways had a long and proud history, from the horse-drawn vehicles of the 1800s to the fully-electrified fleet in the first half of the 20th Century.

“The council were more than happy to assist in this restoration project with the funding and support of the Bolton 66 Tramcar Trust.

“I would like to thank the charity for their continued commitment to preserving this vital part of our transport heritage.”