Are you worried that your partner may have been abusive in the past? 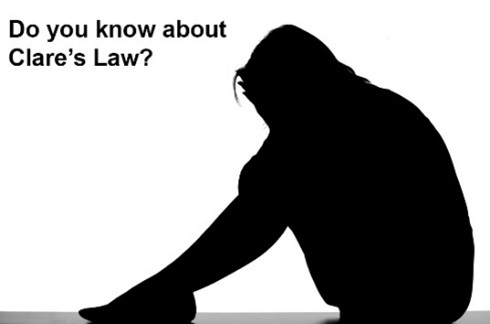 If you’re worried that your partner may have been abusive in the past, the police may be able to check whether they have a record of abusive behaviour. The Domestic Violence Disclosure Scheme, known as Clare’s Law, could allow you to be told about the criminal history of your partner or ex-partner. Anyone can apply for a disclosure using Clare’s Law including someone worried about their own relationship, or even someone else’s to find out if they are at risk of domestic abuse.

There are four steps;

Step 2: Face to face meeting to complete the application

Step 3: The police make a decision as to whether they are able to shar any information with you

Step 4: Possible disclosure of information  from the police

If you want to talk about making an application, you can;

If you believe there is an immediate risk of harm to someone, or it is an emergency, you should always call 999.

Clare was a Mum, and when she met her partner on Facebook she did not know about his violent past. Clare’s father, Michael Brown campaigned in Clare’s name and a petition was delivered to Downing Street with thousands of names on it all supporting and calling for a change in the law.

As a result, in September 2012, Clare’s Law was launched as a pilot scheme in which  people were able to access information from the police about their partner’s history therefore being able to make an informed choice about their future.

On International Women’s Day 2014 Clare’s Law was rolled out across England and Wales. In the first 10 months of Clare’s Law being rolled at least 1,335 disclosures were made – that equates to five women or men a day being told that their partner has a violent past.

Clare’s Law has subsequently been introduced in Scotland and also Canada. Clare’s Law has been cemented into law as part of the Domestic Abuse Act 2021.