America’s Got Talent winner, ventriloquist and comedian Paul Zerdin is bringing his new Puppet Party show to Bolton Albert Halls on the 5th November as part of his 40-date UK tour. 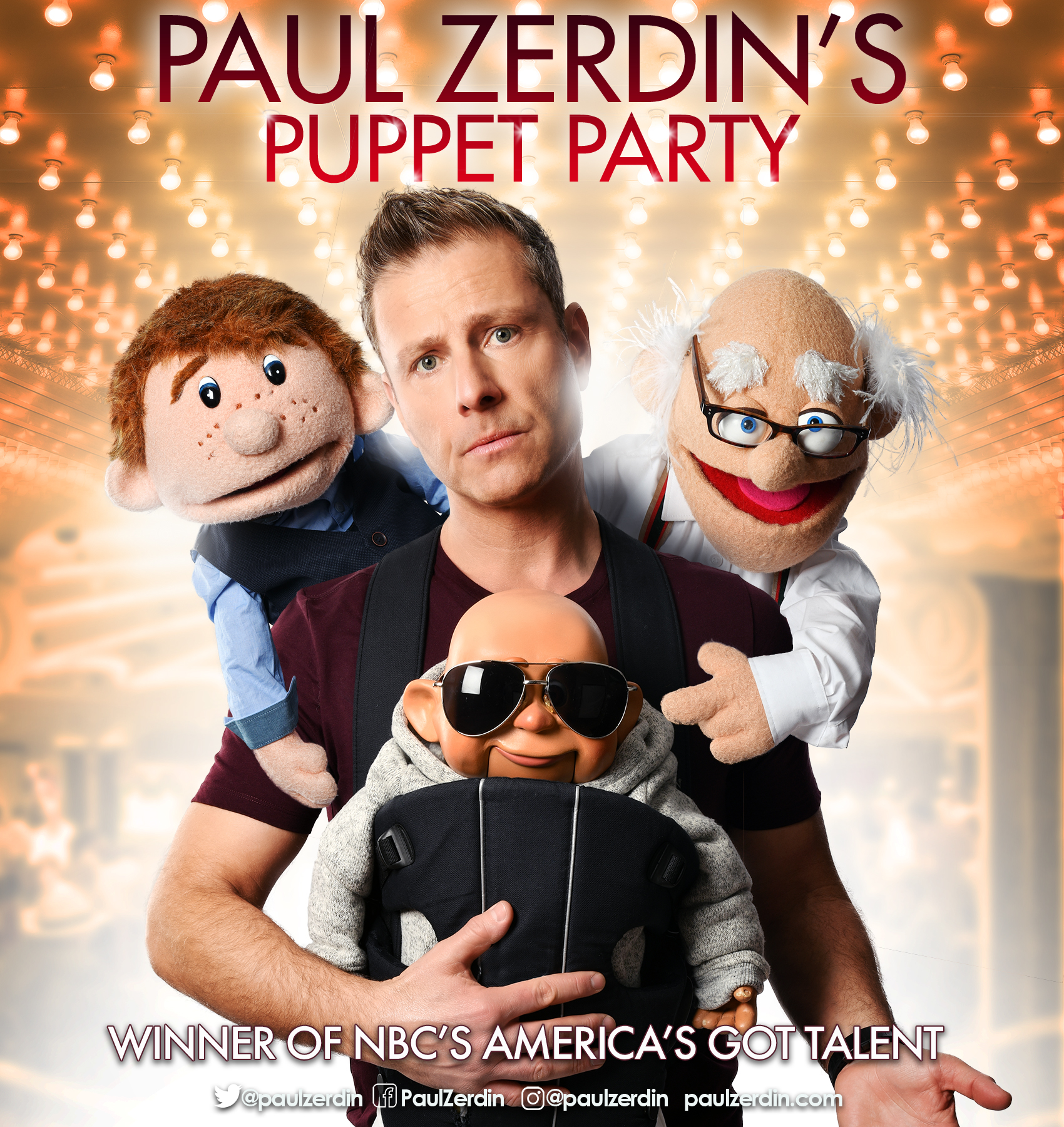 Paul has been described as “the best ventriloquist Britain has discovered for many years” and his show will use a mixture of master puppeteering, state of the art animatronic wizardry and a unique blend of edgy comedy.

As well as starring ‘Sam’, ‘Albert’ and ‘Baby’, watch out for Paul’s new bodyguard, an urban fox, some hilarious audience participation - and a talking ice cream!

The show at the Albert Halls, Bolton is on 5th November, starts at 7.30pm and is suitable for ages 15 plus.

Paul made his TV debut in 1996 as the first outright winner of LWT’s The Big Big Talent Show, hosted by Jonathan Ross.

Since then he has appeared on countless TV shows including ITV1's Comedy Rocks with Jason Manford, Tonight at The London Palladium, The Princes Trust Gala and has made three appearances at The Royal Variety Performance.

He also took a Las Vegas residency at the legendary Planet Hollywood with his hit show Mouthing Off.