The Rugby League World Cup 2021 is heading to Bolton with the town confirmed among the hosts of the prestigious tournament. 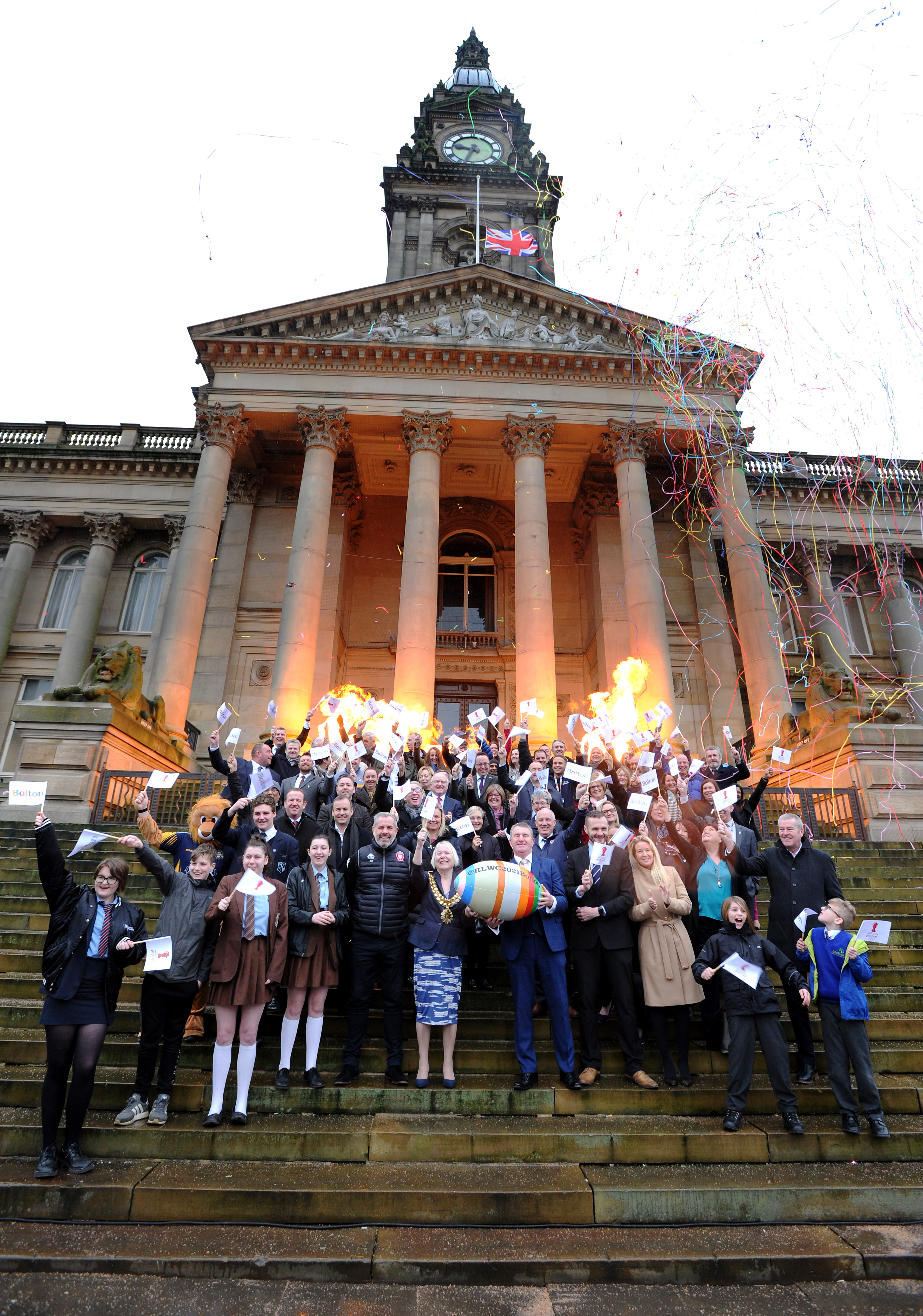 It follows a high-profile campaign led by Bolton Council and supported by Bolton Wanderers, Bolton Whites Hotel, the University of Bolton, Ideal Corporate Solutions Ltd, and a host of businesses, organisations and sports clubs including Bolton Mets and Westhoughton Lions.

The University of Bolton Stadium will host a significant group stage game, featuring England, and a quarter final match during the Rugby League World Cup 2021.

The tournament has the potential to bring £4.5million into Bolton’s economy.

Last year, it was revealed that Bolton made it onto a shortlist of 20 towns and cities vying to host the event.

Bolton Council’s Executive Cabinet Member for Culture, Youth and Sport, Cllr John Byrne, said: “This is amazing news. To have been successful in our bid shows what faith the Rugby League has in Bolton and its facilities.

“This was a real Team Bolton effort and I would like to thank everyone who got involved and supported the campaign.

“Bringing the Rugby League World Cup to Bolton will give local people the chance to see an exciting sport up close and give our town an international profile.”

Bolton Council Leader, Cllr Linda Thomas, added: “We are delighted to be hosting games and a team as part of the Rugby League World Cup 2021.

“The tournament will provide a unique opportunity to boost Bolton’s economy and get our communities involved in sport.

“We know from the success of events like Ironman that Bolton has the ability to deliver on huge sporting spectacles.

“This will also highlight the region and Bolton at its best to visitors, players and spectators from around the world.”

The RLWC2021 will see 32 teams playing 64 games across 20 venues and it is expected to be the biggest Rugby League World Cup, watched worldwide by an estimated 150 million people across 115 countries.

Andrew Rosler, Director of ICS and Chair of Salford Red Devils, has worked closely with the council on the bid.

He said: "Having been involved in the bid process from the outset, I’m delighted that everyone's hard work has paid off.

“Bolton has a strong tradition for delivering top class sporting and cultural events, so I'm positive the town will exceed expectations once again."

Chairman of Bolton Wanderers Football Club, Ken Anderson, said: “This is excellent news for the town of Bolton and I am delighted for everybody who has worked diligently on this bid.

“Naturally, we are looking forward to welcoming such an international prestigious tournament to the University of Bolton Stadium, which will be the host venue for the town.”

Chief Executive of the 2021 Rugby League World Cup, Jon Dutton, added: “We are delighted to announce Bolton as one of the tournament’s hosts.

“The University of Bolton Stadium is a fantastic facility and we can’t wait to see it play host to an England men’s group game and a Rugby League World Cup quarter-final.

“We’re looking forward to bringing the pinnacle of rugby league to the Bolton and North West community for this global event.

“The council and partners have worked hard on a great campaign and we look forward to bringing this life over the next 1,000 days ahead of the tournament commencing.”