Bolton Council has issued a stark warning after thousands of illegal cigarettes were seized in series of spot checks across the borough. 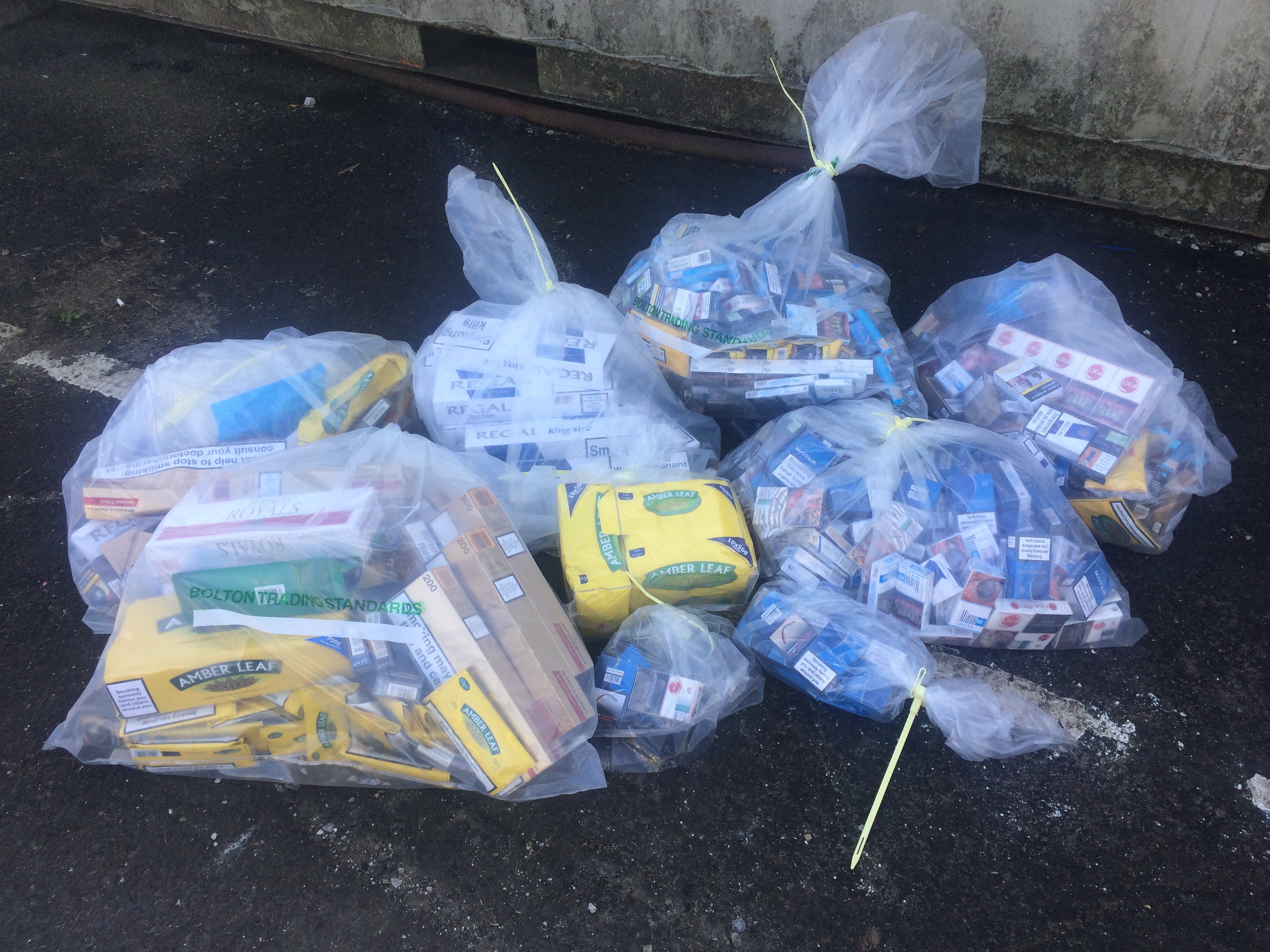 Illicit tobacco refers to either counterfeit products manufactured illegally, or cigarettes smuggled into the UK in order to avoid excise duty.

The items were discovered stashed in holdalls, within specially constructed hidden compartments and, in one case, in a suitcase found inside the shop’s wheelie bin.

Studies have shown that the availability of lower cost illicit tobacco also acts a disincentive for those considering giving up smoking.

Academic research into the black market in illegal tobacco has shown the supply is linked to international criminal gangs and the funding of terrorism.

“Illegal cigarettes are sold at low cost, often to young children, and represent a significant risk to public health.

“Buying or selling illegal cigarettes is not a victimless crime and consumers should think long and hard before knowingly purchasing these products.”

Bolton Council is now reviewing the licenses of all the shops involved.