Space has been cleared for more than 150 town centre homes as another of Bolton Council’s key regeneration sites begins to take shape. 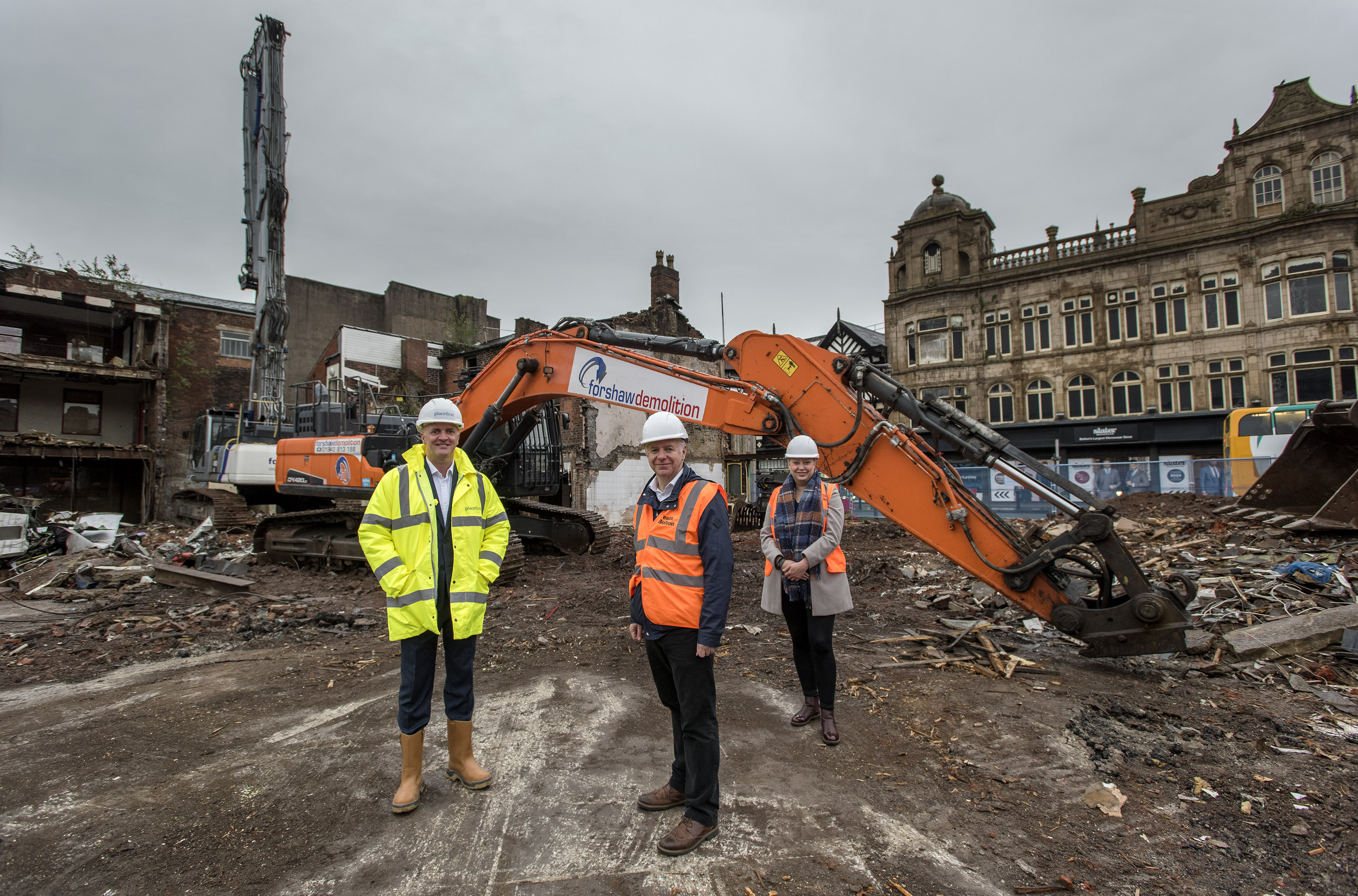 After securing Brownfield Housing Land funding, the site has now been cleared by Forshaw Demolition Limited ahead of work by leading and award-winning build-to-rent provider Placefirst to deliver over 150 homes, commercial units, and pedestrian-priority spaces.

Central Street will form part of the wider Croal Valley intervention area which will provide a mixture of riverside housing and green space alongside a reanimated River Croal.

The broader scheme will also provide a scenic active travel link between Queens Park and the town centre.

It is one of six key intervention areas in the Bolton town centre masterplan, with the council establishing a £100m fund to attract private sector investment.

The land at Central Street, including the shops and car park is owned by Bolton Council after it was acquired during 2018 and 2019.

Cllr Cox said: “There is visible progress being made at regeneration sites across the town centre and it was great to visit Central Street to see the work first-hand.

“A key part of our masterplan is redeveloping brownfield land and making the town centre a vibrant and attractive place to live.

“I look forward to watching the progress both at Central Street and at other sites in the weeks and months to come.”

Cllr Warren said: “Not only will this development provide much needed homes to meet growing demand, but the Croal Valley intervention area will also create green space and boost active travel.

“Along with last week’s news about the Bolton College of Medical Sciences and securing Greater Manchester Brownfield Housing funding for Farnworth, there is real momentum behind regeneration projects right across the borough.”

“We’re excited to be involved in this transformational development with Bolton Council, to deliver new high-quality homes for rent in the town centre.

“Regeneration of this former brownfield site is another example of our dedication to placemaking and creating thriving neighbourhoods where people want to live.

“Visiting the site to see the progress the teams have made has been fantastic. We look forward to the progression of this project, and the boost it will provide to the local economy.”