A unit at Logistics North, in Bolton, will once again serve as the distribution headquarters for Urban Outreach’s huge Christmas hamper appeal. 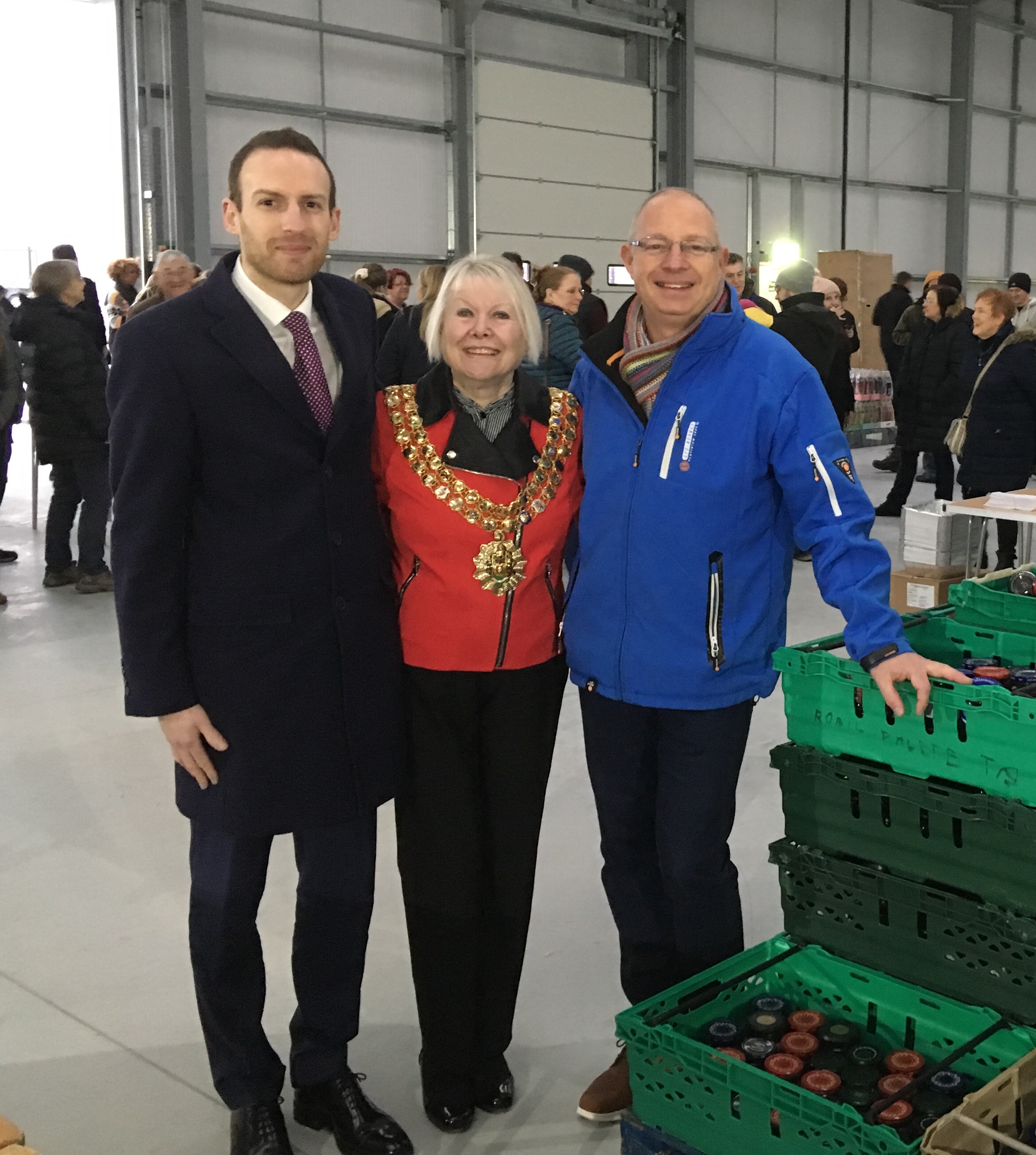 Urban Outreach chief executive Dave Bagley and his army of volunteers have pooled together donations to make up 1,300 hampers for families in need.

The items will be sorted and packed in one of the new Multiply Phase 2 units at Logistics North, the North West’s largest business park just off Junction 4 of the M61, in Over Hulton.

Last year, the charity used the business park as a base for finishing off the hampers and this year they are using a 24,636 sq ft unit for their full mammoth packing and distribution feat.

Harworth Group, owners of Logistic North, stepped in after an appeal for help from Bolton Council last year.

And they have once again offered a unit free of charge for the Christmas period.

Deputy Leader of Bolton Council, Cllr Ebrahim Adia, said: “It is great to see local businesses, charities and generous donors working together to help the community at this special time of year.

“This is Team Bolton really coming together to help people in need and it shows true Christmas spirit.”

The operation to start the packing began on Monday (December 17), with Urban Outreach supported by staff from Seddons.

Goodies in the hampers will include: Christmas pudding; mince pies; cheese; chocolate; crisps, fizzy drinks, biscuits; cranberry sauce; chicken and all the trimmings. Also included are crackers, a baking tray and recipes. A vegetarian option is also available.

The hampers will be finished on December 22 with the fresh meat added in on Christmas Eve at 6am.

Mr Bagley said: “This is the most extravagant act of giving kindness in Bolton in the year.

“This is thousands of people saying I am thinking of you. It shakes the foundations of our town.

“This is a mammoth task and using this unit for all our packing makes things so much easier for us and it’s mint that Harworth are helping us out again.

“There are just so many people to thank, from the organisations who nominate and give their time and support in kind, everyone who donates and support, to the brilliant volunteers who help pack and deliver.

“Most of these hampers will go to those who are needy and struggling financially but around 300 will go to families who have just had a horrible year due to a sadness or a loss.

“This is a gift to say you’re in the hearts and thoughts of people in Bolton.”

The hampers will be enjoyed by 2,171 children along with 1,981 adults thanks to everyone’s combined efforts.

People in need are nominated to receive the hampers, which cost around £60 each, by organisations such as churches and community groups.

Organisations who have nominated people will deliver the hampers directly on Christmas Eve.

Everyone coming together to do this for people in need is what Christmas is all about.

The Mayor of Bolton, Cllr Elaine Sherrington, went along on Tuesday to help pack some hampers and will also be personally delivering two hampers.

She said: “It is just incredible. Everyone coming together to do this for people in need is what Christmas is all about.

“Urban Outreach have been doing this for seven years now to give people, in need, in our town a Christmas they can enjoy.

“I would like to thank Dave and absolutely everyone involved.”

Iain Thomson, Associate Director at Harworth Group plc, added: “Urban Outreach continues to do fantastic things for the people of Bolton and when Dave approached us again to use Logistics North as their Christmas operations’ base we were more than happy to oblige.

“I have also been hugely impressed by Seddon’s continued support for them and the response of businesses and local people to supply hamper contents.

“Thousands of people will directly benefit, and we wish the charity well on what will be another mammoth effort this Christmas!

“Their operation is a staggering one and showcases the best of community spirit, and we are pleased to be making a small contribution to their 2017 effort.”